Half-town Bourbon
Half~town Bourbon is a four grain mash bill with local grains consisting of 75% corn, 15% wheat, 5% rye, and 5% barley. This whiskey is barrel aged in new premium charred oak barrels, rough filtered, and hand bottled at 88-proof. The image on the label is Seneca Indian war hatchet. Half~town was a Seneca Chief, who escorted the early settlers of the area from Cussewago (Meadville, founded in 1788 ~ 88-proof) to Fort Franklin to escape possible Ohio Indian (Wyndots) attacks in 1794. 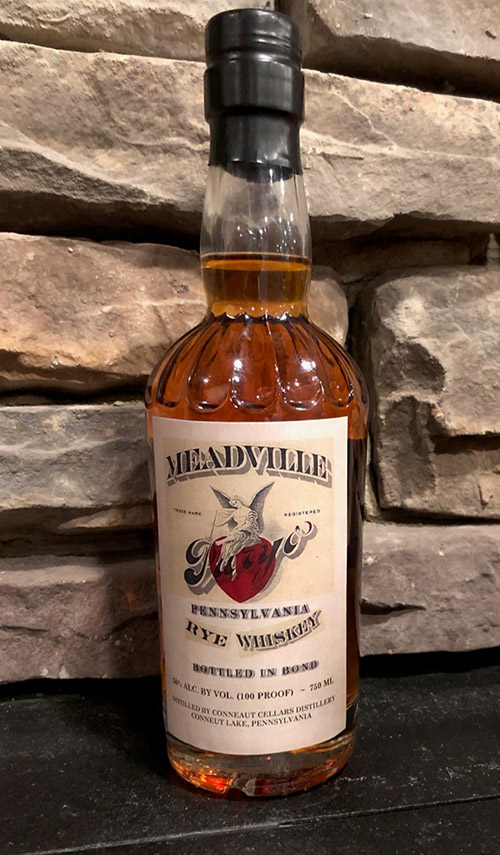 Meadville Rye Whiskey
This pure (puro) rye whiskey is bottled in bond (100-proof, aged 4 years in new premium charred oak barrels, produced at one distillery, and from one harvest season), single barrel bottling, and should be available during the summer 2021. We used the Meadville Distilling Company procedures to produce a pre-Prohibition Western PA style (also known as old Monongahela rye). These procedures and mash bill were obtained from a local historian. The local Meadville Distilling Company served the Buffalo, Pittsburgh, Cleveland, and Chicago markets in the early 1900s but went out of business due to Prohibition. 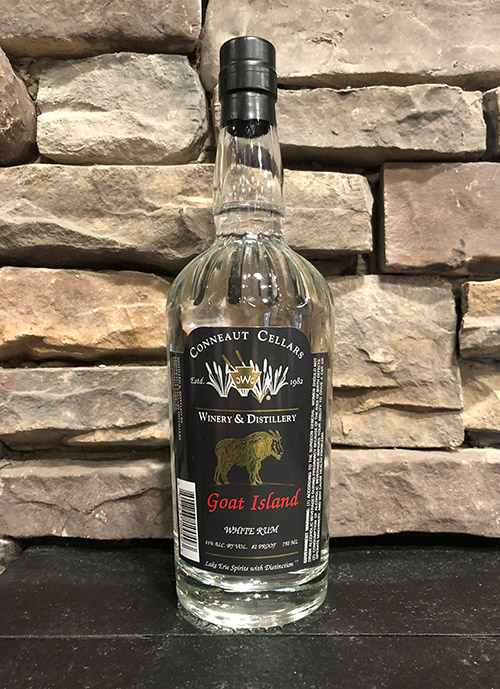 Rumamuck Spiced Rum
Rumamuck Spiced Rum is named after a local camp ground named Runamuck, except we changed the “n” to “m”. We used our Goat Island White Rum as the base rum, then added a lot of vanilla, cinnamon, all spice, nutmeg, orange peels and other spices. This rum is non-chilled, rough filtered (sediments may occur and is natural), and hand bottled at 82-proof. 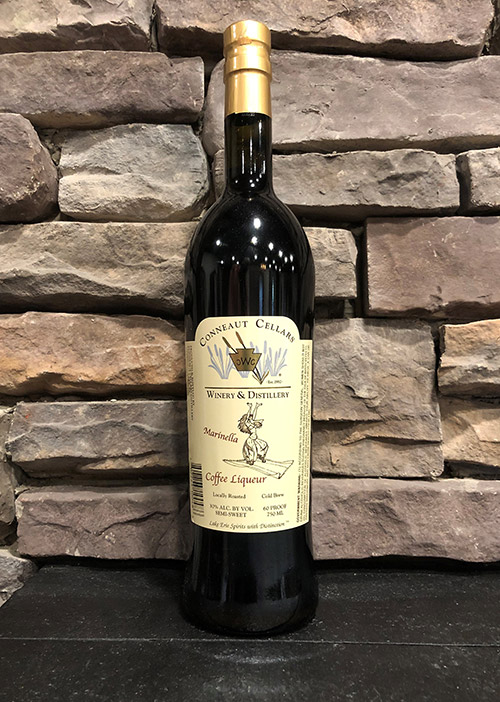 Marinella Coffee Liqueur
Marinella Coffee Liqueur is named for Mary’s (Sales Manager) stage name when she danced in Erie and locally for groups and organizations. We cold-brewed the coffee with local roasted coffee beans from Mill Creek (touch of espresso), then added our Goat Island Rum, chocolate, Madagascar vanilla, sugar cane, and caramel. The liqueur was rough filtered and bottled at 60-proof. The aroma is coffee and the flavor is dark chocolate and rum. Serve in coffee, any recipe that calls for coffee liqueur, a cocktail (White Russian, Espresso Martini), mixed with cream/milk and ice, or as a cordial alone with ice. 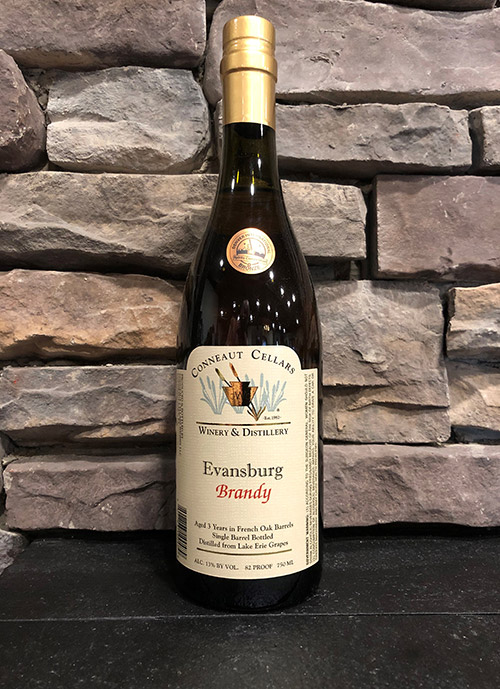 Evansburg Brandy
Evansburg Brandy is made from Vidal Blanc grapes from Lake Erie region. We ferment the grapes into wine, distill twice into brandy, aged in new toasted French oak barrel for one year, transferred to a used French oak barrel for additional two years, rough filtered, and bottled at 82-proof. Evansburg Brandy was named for the town of Conneaut Lake, which was founded in 1799 and named for local farmer Abner Evans. In 1892, the town changed its name to Conneaut Lake (neighboring lake). This brandy mixes well with the classic sidecar, black pagoda, Coke, or citrus drinks (lemonade, lemon-lime soda). Food pairing with brandy is cheeses, oysters, grilled fish (citrus-based cocktails), stuffed mushrooms, venison, and cured meats. 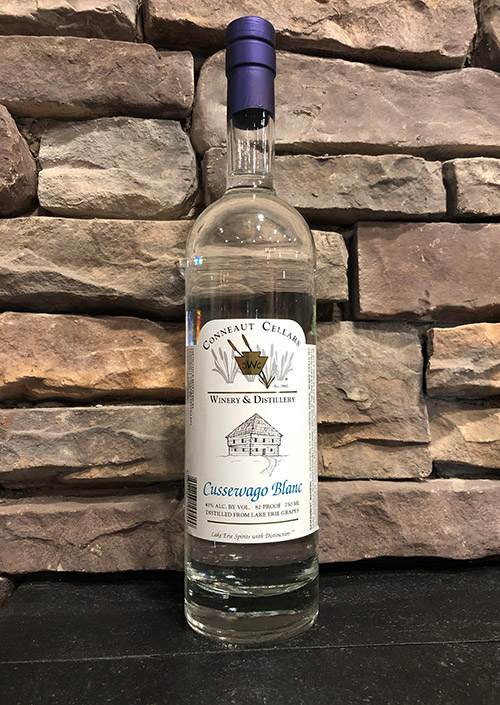 Cussewago Blanc Brandy
Cussewago Blanc is similar to a Peruvian-Chilean Pisco and French eau de vie, except ours is single-distilled from Vidal Blanc grapes from Lake Erie. This white brandy has citrusy kick of orange and delicate aromas and flavors of pear, peach, mint, and honey suckle. Enjoy as an aperitif or during a meal with smoked fish, caviar, or lemon or lime dishes; or sipped as a bracing palate-cleanser between courses; but it is best consumed in a cocktail. The name Cussewago, pronounced “Kos-se-waus-ga," which means big belly, is derived from a creek named by local county Indians.

Crooked Creek Vodka
Crooked Creek Vodka is different than most vodkas, ours is made using a blend of Lake Erie wine grapes and grain for a smooth spirit with hints of fruit. It has citrusy forward aromas and a crisp taste with delicate tones of anisette and crème brulee on the palate. Crooked Creek is the eastern boundary line of West Fallowfield Township. This meandering stream drains the south end of Pymatuning Lake & Marsh and runs by Hartstown, Adamsville, and Greenville where it joins the Shenango River that flows to the Ohio River.